The Battle of Lewes Road 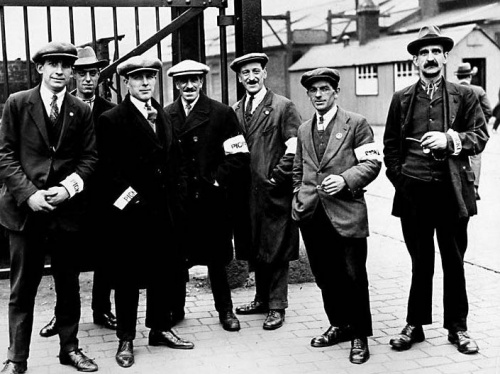 Not the Battle of Lewes, which took place on 14th May 1264 between the forces of Simon de Montford and King Henry III, but a strike action the Brighton and Hove Herald called the ‘Battle of Lewes Road’. A violent and bloody incident leading from The General Strike called by the Trades Union Congress in defence of mineworkers who were being asked to accept a universal seven-day week and a drop in wages of up to 25%.

Amongst the workers and unemployed of Brighton there was a strong feeling of sympathy with the industrial unrest that existed around the country. This was largely due to the hundreds of railway workers employed in Brighton and when the General Strike was declared on 1st May 1926 the solidarity of the Brighton workers with strikers elsewhere was virtually complete – more than any other town in the South. By Tuesday 4th May all services in Brighton were at a standstill, there were no trains, trams, buses or newspapers.

A procession of about 2,000 strikers, headed by a brass band, marched on the town hall to lobby the transport committee not to use volunteers to operate the trams, but a large contingent of police in front of the town hall diverted the marchers away without allowing them to make their case. Then a quite shocking thing happened. A woman driving a two-seater car spotted the procession and deliberately increased her speed and ploughed through the column, scattering the strikers and making others flee for their lives. The police who were at the scene made no attempt to apprehend her and instead used their truncheons on men who tried to mount the footboard to stop the car.

In the following week more police were recruited to form a mounted group of special officers. They were made up of local farmers, sportsmen, hunting men and retired cavalry officers and together made a disciplined force which the strikers nicknamed the ‘Black and Tans’, an allusion to the special constables who had gained such a terrible reputation for violence during the Irish troubles of 1920.

These special officers were called into action on 11th May to help escort volunteers at the tram depot in Lewes Road where 4,000 people, strikers, sympathisers and inquisitive onlookers, had gathered. The volunteer drivers and conductors were only there to be trained, but the crowd believed that an attempt was to be made to bring the trams back into service. The Chief Constable, Charles Griffin, ordered the road to be cleared and sent in 300 foot police and 50 mounted specials carrying, ‘ugly looking shillelaghs with knobbed ends’. They forced the strikers back until they reached the Saunders Recreation Ground. In a few moments ‘The Battle of Lewes Road’ was in full swing. The Herald described, ‘flying stones, the panic rush, the thud of blows, the shrieks of frightened women and children’. They also reported the peculiar sight of at least one of the mounted police constables wearing plus-fours! After a violent struggle in which people were knocked down by horses, blows were struck, stones and bottles thrown the strikers were driven back and dispersed. Many men on both sides were injured and 22 arrests were made. The prisoners were marched through the town to the police station at the town hall where they appeared before an emergency magistrates’ court, charged with incitement to riot and assaults on the police. 17 received sentences of hard labour, from one to six months, others were heavily fined.

The General Strike was already over when these men were sentenced. Many in Brighton saw the act of calling off the strike by the General Council of the TUC as a betrayal. Those who must have felt it most keenly were the strikers who lost their jobs when the management of the local transport companies refused to reinstate them after the strike. Deep resentment against the police was also created when regular policemen were given certificates and granted three days leave and when the mounted specials held a ‘victory’ parade and celebration dinner.

Today, we can appreciate the hardship faced by the strikers. It is harder for us to imagine how much terror the strikers instilled in the authorities (the Establishment’s fear of ‘mob rule’); the hatred felt by the middle-class woman in her car or the gentleman farmer riding into battle in his plus fours carrying a club. This was, however, the reality of one of the most bitter confrontations of the whole General Strike and it took place in Brighton. 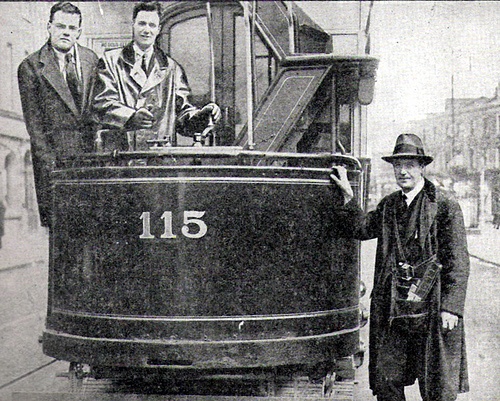