Brighton on The Level 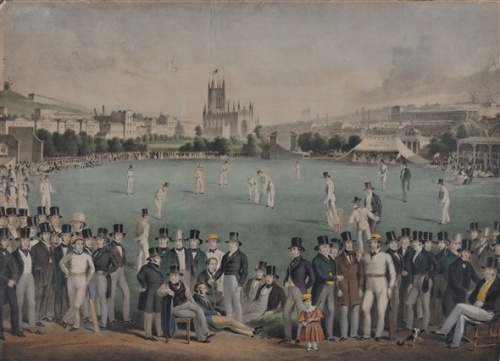 After much restoration work, The Level is due to open again on the 8th August. As part of the Master Plan, the Parks Project Team have been working with community history website ‘My Brighton and Hove’, oral historians and volunteers to create a record of activities and events associated with The Level, including personal stories of time spent there. What they have uncovered demonstrates the town’s long and varied relationship with one of its most prominent open spaces – a recreational park, an events venue for circuses, fairs, bonfires, prize fights and music festivals and, on its less playful side, for public speeches, political demonstrations and military gatherings.

But the 8.05 acre plot that we now associate with The Level was not how it started. It was originally much bigger. Described in 1779 as an enclosure outside a farmhouse (where the King and Queen is now), The Level was a barren waste land, stretching north to include the present Park Crescent and south to Victoria Gardens. At certain times of the year it was covered by water, which ran through it from Patcham towards Pool Valley and into the sea. In 1807 a Mr Polito, known as the “modern Noah”, announced the exhibition of his Menagerie “on The Level, near The King and Queen”.

Despite its swampy nature (probably the reason it was not built on) it was a popular space, with cricket being played there from at least the mid-18th century. Gradually though, restrictions on use crept in and different pieces were closed off, becoming the exclusive preserve of the well-to-do, who liked to promenade in more peaceful surroundings.

The public space designated for “ordinary people”, with their games of cricket, bat and trap and stool ball, was moved north of the Pavilion until 1818, when this area was also enclosed. This left the space north of St Peter’s Church which became the recreational area we know today as The Level. In 1822 it was given in trust, “for the inhabitants and visitors exclusive benefit and for the improvement of the Town”. The same year it was formally laid out by A H Wilds and landscape gardener, Henry Phillips. Superintendent of Parks, Bertie Hubbard MacLaren, redesigned the south end in the 1920s to make the playground, complete with ornamental boating pond, bridges and pergola.

The flat and open nature of the park, together with its freedom of use, made it the place in Brighton for key, historic events to be staged. Large public dinners were held there to celebrate the coronations of George IV and Victoria and the end of the Crimean war. Before these was the Great Peace Festival of August 1814 when, to celebrate the overthrow of Napoleon Bonaparte, tables were laid and dinner served for 7,000 people.

Fear of a Napoleonic invasion had been very real and in 1793 preparations for such an event saw vast numbers of militia being drafted into Brighton, with The Level used as an exercise and drill ground. This set a precedence and army training exercises became an almost annual event. In the 1840s The Level was the assembly point for troops before they paraded through the town to the racecourse (the cavalry involved in the Charge of the Light Brigade initially practised their “charge” on the hillside around Brighton racecourse).

During WWII the park came under military control once again, with troops using it for training; the Royal Engineers built Nissen Huts on the northern end for use as their records offices; air raid shelters were dug on the eastern quadrant and the fire service had an emergency pool there in case of local bomb damage. Prior to the D-Day landings in France, the Canadian army used the camouflage provided by the Elm avenues, planted along the outer pathway in 1844, to hide their tanks from aerial surveillance.

After the war, The Level had its own battle – a clash between Oswald Mosley’s British Union of Fascists and a group of Jewish ex-servicemen, known as the ’43 Group. It was not the first time there had been fighting between fascists and their opponents in Brighton: in August 1933 there was a riot on The Level resulting in a number of fascists receiving hospital treatment. But, of this particular occasion in June 1948, Tony Greenstein in his book The Fight Against Fascism in Brighton and the South Coast, says: “It is gratifying to know that the coup de grace to the BUF was delivered in what became known as the Battle of The Level”. Organisers of the ’43 Group had prior warning of the BUF’s plans for a recruitment drive on The Level and on arrival they were met by a hail of bricks. Fighting went on all afternoon, not hindered, in any meaningful way, by Brighton’s police force; it being alleged that the token number of police sent to guard the BUF conveniently turned a blind eye. Whether this is true or not, the fascist rally was turned into a fiasco and the Union Movement was definitely put off returning to Brighton.

Victories large and small, bloody noses, fun and games; it’s exciting to contemplate what will take place in the newly restored, 21st century version of The Level. 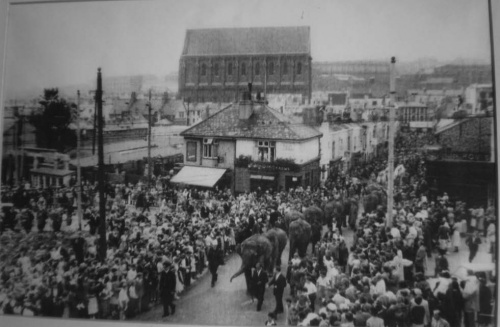 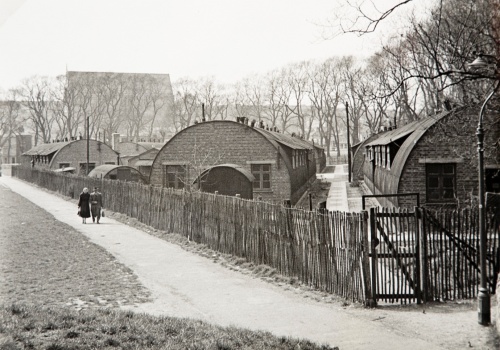