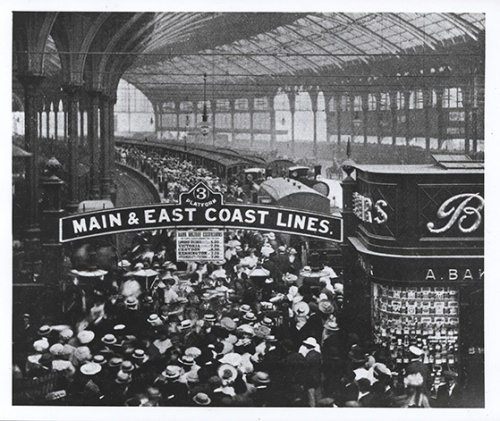 Clergy denounced the iron horse as an invention of the Devil, breathing out the black smoke of Hades. Medical men had doubts as to the effect of speed on the human constitution, particularly on delicate females. Many thought the railway was just unnecessary – the present carriage service from London was perfectly adequate – and who knew what environmental and economic effects it might have on the area? The well-to-do, in particular, raised objections about the likely impact on their genteel watering place, turning it into a noisy resort for the Cockney hordes. But, however ‘reasoned’ the protest, because of its wealth and fame, Brighton was an inevitable magnet for developers and the arrival of the railway was inescapable.

Six rival routes between London and Brighton were proposed in 1834-5. One of the strongest contenders for the contract was a Mr Cundy, who advertised a ‘Brighton Railway Without a Tunnel’ – clearly a sound advertising ploy as suspicions about tunnels and their detrimental effect on health were widespread. Indeed, the Vice President of the College of Surgeons advised the Press that he would not permit his patients to go to Brighton by a railway that had a tunnel in it: “I would dissuade any patient from subjecting himself to such peril…I would not so expose myself”. Mr Cundy was, perhaps surprisingly, not successful. In 1836, Parliament approved the most direct and the most expensive scheme for which John Urpeth Rastrick was the engineer; and with this decision came the beginning of a major change in the history of Brighton.

The first portion of the London & Brighton was opened between Brighton and Shoreham on 11th May 1840, gangs of ‘hard drinking, hard swearing and hard womanising’ navvies having been drafted in to lay the line and work on the terminus building. This was a feat made all the more impressive by the engineer John Rennie’s decision to build on a man-made plateau, excavated out of the hillside at the top of Trafalgar Street, where the road from London entered the town.

Architect, David Mocatta designed the Italianate style entrance building to the station, which in its early days must have been quite something, overlooking the town and the sea (the original façade was obscured by an iron porte-cochere erected over the forecourt in 1883). Just how impressive it all was can be gauged by the Brighton Gazette’s report of 16th September 1841: “The Brighton Terminus is a beautiful structure, and with the iron sheds in the rear, will not suffer from comparison with any railway terminus in existence. The offices and waiting rooms are most commodious, and are furnished with every convenience for passengers.”

Further development work, linking the railway station to the centre of town, also happened at this time with the building of Queen’s Road, which was partly paid for by the London & Brighton Railway Company, and led to a new commercial area, complete with hotels, pubs and shops.

The London to Brighton line was opened on Tuesday 21st September 1841 and a public holiday was declared in the town. A Union Jack flew from St Nicholas’ tower, church bells rang and the streets were festooned with flags and bunting. Outside the station, bands played and vast crowds gathered, while ‘500 of the nobility and gentry’ were invited inside to see the first up train leaving at 6.45 a.m. and the first down from London Bridge arriving in Brighton at 12.15 p.m. An official announcement of the full opening of the Brighton railway stated that Mixed trains (1st and 2nd class carriages) would arrive from London in two and a half hours, First class trains in two hours and the Express in one and three quarter hours. Fares to and from Brighton – First class 14s. 6d; Second class 9s. 6d.

Employment opportunities were created by the opening of this line for hundreds of men (there were a few cleaning jobs for women). Many were Brighton or Sussex-born, but others, particularly those filling the more skilled jobs, migrated here from as far away as the industrial north. This change in the demographic and social character of the town was made even more distinct in 1854, when the London Brighton & South Coast Company established a large locomotive works near the station creating, what some regard as, Brighton’s first and only industry. (It was closed in 1958 and demolished in 1969.).

By the 1850s the railway was playing a major part in the economy of Brighton. Streets were built east of the station to accommodate the railway families, forming a new working-class district; and elsewhere detached and semi-detached villas were built for the new breed of commuters. Shopkeepers were benefitting from more customers and cheaper goods brought down from London by train and landlords were clapping their hands in glee!

Customer numbers spiralled again when the first day trippers arrived. Easter 1844, the new Third class excursion ticket allowed the first invasion of Londoners and we have never looked back. Thousands of visitors - the masses known in the early days as the ‘roaring crowd’ - still spill across Brighton station concourse every week. One difference is that in the 1800s excursion trains only ran at the weekend, allowing Brighton to retain its genteel character and appearance from Monday to Friday. 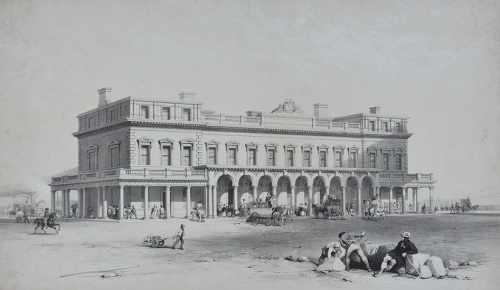