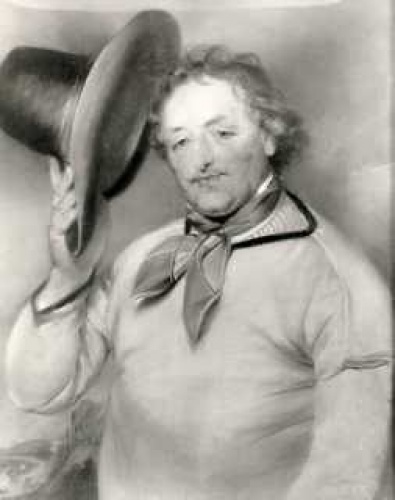 John "Smoaker" Miles (1720-1794). Brighton’s most famous “bather”, swimming instructor and friend of George, Prince of Wales. The Prince named a racehorse after him and introduced the Smoaker Stakes to Brighton Races in 1806. Miles died in 1794, aged 74. He is buried in St Nicholas’s churchyard.

Brighton seafront is to have a new visitor attraction – a giant ferris wheel. Developers are to build a Brighton O on Madeira Drive, opposite The Aquarium. This temporary structure (to be removed by May 2016) will be ready for use this summer and will have the capacity to carry 280 passengers on an 11-minute ride. The Council and local businesses are clearly excited about what has been termed a “high profile visitor attraction” and see it as a new way to bring holidaymakers to the city.

Opinions differ on what makes a good resort, fashion has its vagaries even in such things as seaside attractions, but the question of how best to continue attracting people here remains constant. In Victorian times the Royal Suspension Chain Pier was hugely popular. It was originally intended for steamer embarkation, but it soon became a very fashionable place for promenading. The public were, apparently, very taken by the fact that they could walk over the sea without getting their feet wet. As the number of visitors grew, so did the facilities on the pier. Eventually there was a camera obscura, a bandstand, shower baths and kiosks. The chain pier fell into disrepair and its final demise came in 1896 when it was totally destroyed by a storm.

Brighton’s second pier, The West Pier, opened in 1866. It was designed for the purpose of attracting and entertaining visitors and engineered to withstand the sometimes hostile seashore environment. Originally the pier had an open deck with six small ornamental houses of oriental design and two toll houses. In 1875 a central bandstand was added, then in the 1880s weather screens to protect visitors from the elements, paddle steamer landing stages for trips to France and the Isle of Wight and a large pier head pavilion were constructed.

Finally, in 1916 the building was completed with a concert hall. The result was totally unique, both in terms of seaside architecture and the entertainment it could offer holidaymakers. The pier, as we all know, closed to the public in 1975.

Still standing from the time when Brighton was truly Britain’s No. 1 seaside destination, are The Brighton Bandstand, known as the Birdcage, Volk’s Electrical Railway and, of course, The Palace Pier, informally and quite controversially, renamed The Brighton Pier in 2000. However, long before this Victorian “golden era” Brighton worked to establish and maintain itself as a seaside resort. Then the emphasis was not on designer visitor attractions, but on the sea itself. In July 1736 a visitor to the “pretty fisher village” wrote to a friend of the perfection he had found in Brighthelmston’s glorious sweep of sea, water that was always clear and ideal shore for sea-bathing (J Bishop, Peep Into the Past, 1892). These natural advantages were strong recommendations for Brighton, but they would probably have failed to secure for it the pre-eminence it ultimately attained had it not been for Dr Richard Russell.

Dr Russell did not offer much in the way of seaside fun, but he did offer seaside cures for such things as eruptions and purulent swellings! His treatments were based on sea-bathing, external application of seaweed and drinking concoctions of seawater in conjunction with crab’s eyes, coral, burnt sponge, viper’s flesh, cuttlefish bones, snails, tar and ‘prepared wood lice’. Despite the vileness of these potions, Russell’s work (particularly his book, entitled: A Dissertation on the Use of Sea Water in the Diseases of the Glands) excited a lot of attention and patients came to Brighton from all over the country. This influx of people – albeit sick people – created, through their need for accommodation and entertainment, the early prosperity of the town and its reputation as a seaside resort.

Seawater drinking and sea-bathing was taken seriously by the town and its visitors in the mid-18th century, but when George, the Prince of Wales, arrived the emphasis did change slightly, despite the fact that his first visit in 1783 was for the purpose of curing his “glandular swellings”. Wealthy visitors now came not just for their health, but for pleasure and the fashionable society found here.

Bathing stations sprang up at different ends of the town, women swimming from the east and men from the west end and the professions of “dipper” and “bather” came into being. Perhaps the most noted of these were John “Smoaker” Miles; the man employed to teach the Prince Regent to swim and the great character of Martha Gunn who, from 1750 to the beginning of the 19th century, was the “Queen of the Bath”.

These regal bathers were a major attraction, but they did not totally monopolise the trade, scores of bathing machines and attendants worked along the seafront and fierce competition grew up between them. Such was the demand that some customers were known to sneak down the night before to, in effect, put their towel down and secure their favourite spot before the crowds arrived the next morning.

Over time the attractions have changed and will undoubtedly continue to change, some we will embrace others, like Dr Russell’s disgusting sea-water recipes or the immorality of swimming in the open without a bathing machine, we might not!

John “Smoaker” Miles (1720-1794). Brighton’s most famous “bather”, swimming instructor and friend of George, Prince of Wales. The Prince named a racehorse after him and introduced the Smoaker Stakes to Brighton Races in 1806. Miles died in 1794, aged 74. He is buried in St Nicholas’s churchyard. 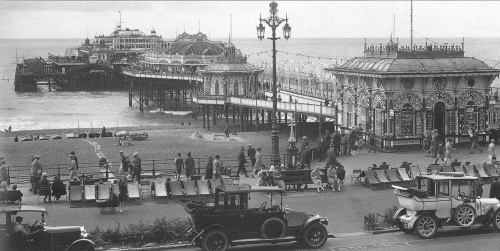 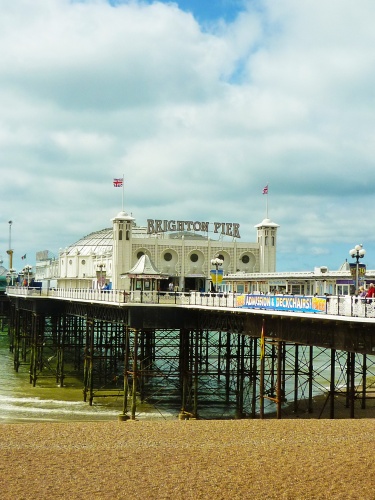