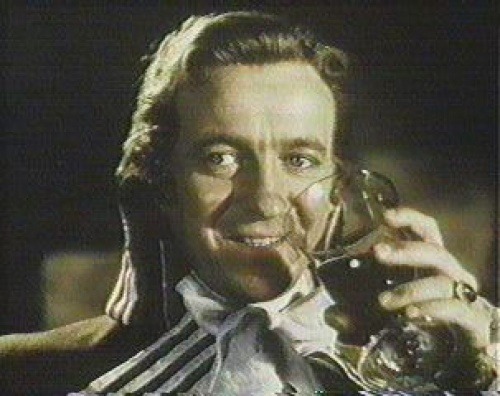 It will not be news to you, that it is 200 years since the birth of Charles Dickens. Events are being staged to mark the bicentenary of his life and work everywhere - film, TV, theatre, arts performances, exhibitions, festivals, outdoor events, there is even a new iPhone and iPad App to take users on a journey through the darker side of Dickens’s London.

Such extensive coverage has made me wonder: can Charles Dickens be over-exposed? Is such a thing possible? Probably not, but to banish any “irreverent” thoughts about the great master I decided to move away from the old favourites and read something I was not so familiar with - one of his historical novels - A Tale of Two Cities. A story about the French Revolution originally serialised in the author’s newly established All the Year Round, the first installment appearing in issue one of the periodical, on 30 April 1859.

Despite being set in the 18th century, Dickens may have wanted the themes of violence and revolution within A Tale of Two Cities to act as a warning to readers about the social tension he recognised in 19th century England – caused in no small part by the fact that working conditions for the poor were appalling, often resulting in strikes that ended in violent clashes between the police and the workers. But what struck me about this novel was not the sense of foreboding Dickens may have wanted to create in Victorian society, but the heroic nature of its characters. There are, of course, many heroic characters in popular fiction. One of the more famous is the late-Georgian British society fop, Sir Percy Blakeney, who led a double life as The Scarlet Pimpernel - the rescuer of aristocrats and innocents during the Reign of Terror that followed the French Revolution. The Scarlet Pimpernel was first published in London in 1905, written by an aristocratic Hungarian woman, Baroness Emmuska Orczy (1865-1947). The elusive Pimpernel was her creation, but he does bear a remarkable resemblance, in deed and thought, to Brighton born man, John Robinson.

Robinson, or so his story would have us believe, was an eighteenth century adventurer and soldier of fortune, who was horrified by events taking place in France and determined to do what he could to bring down Maximilien Robespierre (1758-1794), the best-known and most influential figure of the French Revolution. On 5 April 1794, Robinson set out to rescue his friend Jean Michael Picard and family from the guillotine. He achieved this right under the noses of the revolutionary guards and, emboldened by this success, went on to rescue other notable prisoners bringing them back to England and safety. Later, when Robespierre was arrested, Robinson took his own revenge by shooting him at close range under the chin. The next day he watched Robespierre go to his execution barely able to raise his head for Madam Guillotine.

After this, and still craving adventure, Robinson travelled to the Middle East. In Persia (now Iran) he joined the rebellion, but unfortunately chose the wrong side to play with. He was captured by the victorious ruler, Aga Mohamed, and had his eyes burnt out with hot irons before being released to live as a beggar on the streets. In 1799, an English merchant found Robinson and brought him back to England. Somehow the adventurer made his way back to Brighton, but once here, blind and in very poor health; he just lay down in the Old Steine and died.

But this gripping tale does not end here, since his death there have been “sightings” of a man who could be no other than John Robinson. In 1957 a policeman saw what he thought was a drunk laying in the road and on approaching was horrified to see a face with ‘eyes gouged out so deep that the bone of his skull was seen with maggots still eating away at the rotting flesh...’ The policeman had to turn away to be sick, but when he looked back the man was gone. The next sighting happened in 1969 and resulted in a woman having to spend a night in hospital suffering from shock. She had been to the Theatre Royal and after the performance had sat on a nearby bench, whilst there she saw the haunting manifestation of poor John Robinson!

Clearly neither the theatre-goer nor the policeman were familiar with the late 19th century rhyme:-

“Don’t ye dally, darling dear, in Brighton’s city clear The ghost of old John Robinson is waiting for ye there. If ye look into his face, you’ll end your days that night. For he’ll steal your eyes from you to give a beggar sight.

Brighton’s own John Robinson, Orczy’s Scarlet Pimpernel and Dickens’s Dr Alexandre Manette, Charles Darnay and Sydney Carton are all great characters from stories you could not possibly grow weary of, however often they appear and in whatever form you receive them. 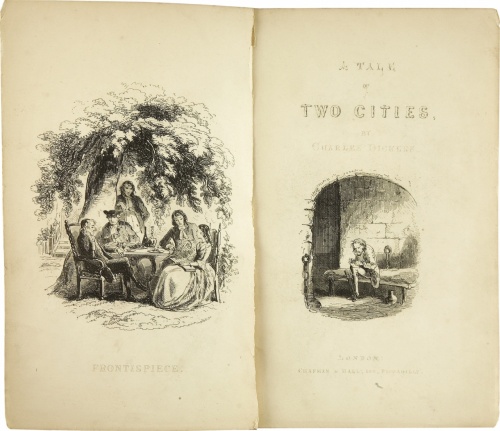 The title page of the first edition of the novel, published by Chapman and Hall in London, 1859. Illustrations by H. K. Browne. Public domain.