A Short History of Perfume 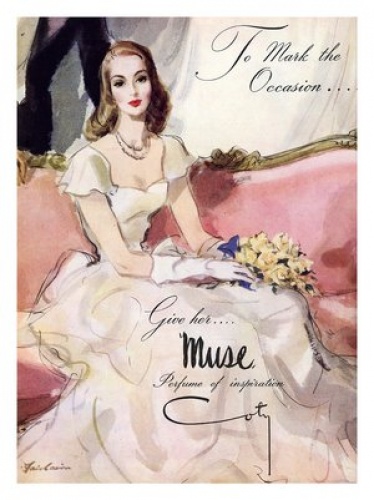 In the run-up to St Valentine’s Day many will be heading for the perfume counters or scouring the internet for a loved one’s favourite fragrance. Sensual and captivating, fine perfumes have long been associated with luxury and romance.

Perfume originated thousands of years ago. Initially it was connected to incense, the word ‘perfume’ deriving from Latin per fumum: through smoke. Aromatic barks, gums and herbs were burnt at prehistoric burials to purify and sweeten the air and later incense was burnt by priests in religious rituals. The Ancient Egyptians, Greeks and their contemporaries used oils and unguents to moisturise and scent the hair, face and body. The Romans, who wore perfume socially, imported refined concepts of personal grooming and adornment into Britain. Worldly vanities were condemned during the early Christian era, but by the 10th century costly Continental perfumes were arriving as diplomatic gifts at the Anglo-Saxon royal court. During the 11th -13th centuries the Crusades strengthened international trade links, introducing into Europe new exotic and alluring perfumes, as worn by the women of Byzantium and the Middle East.

Early scents were oil- or fat-based, but perfume manufacture was transformed in the medieval era when the technique of distillation was widely adopted. The first alcoholic extracts of plant aromatics were developed in the Arab world, although Hungary Water, reputedly made for a queen of Hungary c.1370, is credited as the first ‘modern’ perfume – an alcoholic distillation of rosemary and other aromatic ingredients. Being both a fragrance and, theoretically, a cure-all remedy, users were advised to both drink and wash with the water. Eau de Chypre was also popular during the Middle Ages, as was Carmelite Water, containing lemon balm. Refreshing scented waters helped to disguise the smell of unwashed bodies, the 16th-18th centuries being the most perfumed, yet probably the least hygienic of any documented historical period. As the use of perfume and fragrant waters advanced, the affluent classes bathed ostentatiously in flower waters, while others used scent-soaked sponges to mask bodily odours. Fragrant herbal or floral infusions were often made at home and from the 17th century onwards gentlewomen recorded and passed on recipes in household ‘receipt books’.

Perfume gained increased importance in the 18th century. As scents became more complex and refined, so did their presentation. Previously perfumes were sold mainly in pottery bottles, but now more decorative flacons began to be used, encouraging the fashion for packaging as lavish as the product inside. By the 1700s many perfume flacons were made of sparkling cut lead glass, different manufacturers adopting their own house styles. The court of Louis XV of France (1715-74) was known as the ‘perfumed court’ and under the patronage of his mistress, Mme de Pompadour, Grasse and Montpelier became established as centres of perfume manufacture. At Grasse the art of cold enfleurage (saturating cold oils with the scent of delicate flowers before transferring them to alcohol) was perfected, allowing greater subtlety of fragrance. Some of today’s great perfume names were founded around this time and Eau de Cologne as we know it was launched in 1709 by the Farina brothers of Cologne. Their formula, first named Aqua Admirabilis, was changed to ‘Eau de Cologne’ during the Seven Years’ War (1756-63), when it became popular with soldiers on all sides due to its cooling, refreshing properties.

During the age of the Regency ‘dandy’ fashionable men about town discreetly bought toiletries in Bond Street, a particular favourite Imperial Water, a heady cologne-type scent including resins, pine nuts, cloves and frankincense. For much of the Victorian age delicate toilet waters based on floral scents such as heliotrope, lilac and rose were generally preferred to heavy fragrances. The eminent French perfumer Eugene Rimmel, who opened the House of Rimmel perfumery in Bond Street in 1834, advised in his Book of Perfume (1867): ‘Above all, avoid strong, coarse perfume’. Several distinguished perfume houses were established during the 19th century and some still flourish today, such as the House of Guerlain, founded in Paris in 1828, and Penhaligon’s, which originated as a London barber’s shop in 1870. Beauty aids, including perfume, became more prominent in the later 1800s and the average late-Victorian and Edwardian lady’s dressing table harboured several decorative pots, jars and bottles of cologne and rosewater, with further bottles for decanting toilet waters.

For centuries intoxicating perfumes heavy with animal musk or jasmine were linked with prostitutes or courtesans, while ‘respectable’ ladies favoured the pure essence of garden flowers. However the development of synthetic aromas in the late 19th century ushered in a new generation of fragrances that combined traditional ingredients with aldehydes (chemical compounds), bringing many more wearable perfumes to modern women. Chanel No.5 – a blend of natural ingredients and synthetic floral aldehydes - was the first fragrance created for Parisian couturier Gabrielle (‘Coco’) Chanel, who recommended applying perfume to those areas that the wearer wished to have kissed. Launched in 1921, a sophisticated, romantic scent based on ylang-ylang, rose and jasmine, Chanel No.5 remains a perfume icon today. Other fashion house fragrances created between the wars that have retained their traditional appeal include Je Reviens by Worth (1932) and Joy by Jean Patou (1935). Yet for decades most ordinary working people could only afford modest scents by cosmetics companies like Goya, Yardley and Coty. Only in the 1960s and 1970s, with the rise of foreign travel and duty-free shopping, was quality designer perfume purchased on a massive scale. Now there are numerous perfumes to suit every pocket, taste, occasion and mood, from the latest celebrity-endorsed fragrance to timeless, classic scents - whatever the heart desires. 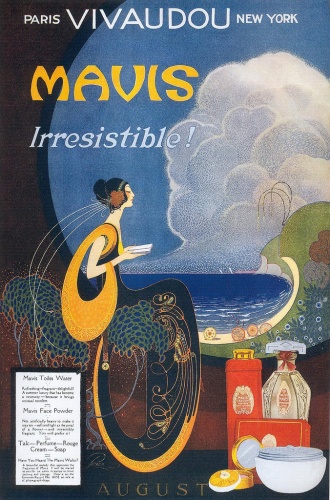