A Walk on the Wild Side 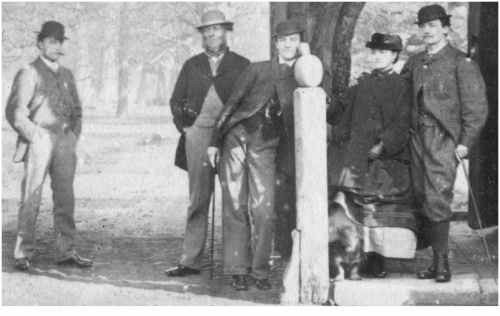 During lockdown many people have discovered or continue to enjoy the pleasures of walking, yet history reveals how recreational walking and rambling was once a niche and often challenging pastime.

Three centuries ago anyone tramping through the countryside either owned the land or they worked on it: the concept of wandering up hill and down dale for pleasure was virtually unknown. In 1715 Daniel Defoe, touring Britain, detested the ‘frightful views’ and ‘howling wilderness’ of the Derbyshire Peak District, (now a National Park), but shortly afterwards, humans’ relationship with their natural surroundings began to change. Dramatic scenery – soaring mountain peaks, rugged ravines and thundering rivers – started to attract philosophers, writers and artists inspired by the sublime. To Romantic poets like William Wordsworth, Samuel Taylor Coleridge and other late-18th and early-19th century writers, untamed nature was both authentic and magnificent, conveying a profound sense of awe. Subsequently many famous novelists, including Jane Austen and, later, Thomas Hardy, developed a deep attachment to their surroundings, the locations described in their novels still influencing walkers’ routes in parts of southern England today. Similarly, the picturesque artworks of artists like JMW Turner and John Constable both elevated the genre of landscape painting, and inspired well-heeled Georgian tourists to visit in person the scenery that they had first admired on canvas.

Romantic culture coincided with the Industrial Revolution, the fast-growing urban environment bringing the countryside into sharper focus. The deafening clamour, smoke pollution and grim squalor of industrial towns and cities provoked a response from ordinary people, a yearning for more tranquil, restorative surroundings, fresh air and wide horizons. During the early-1800s a movement arose for recreational walking among mill and factory workers from northern manufacturing centres including Manchester, York, Leeds and Glasgow – all within easy reach of meadows and pastures nearby. In 1824 the Association for the Protection of Ancient Footpaths in the Vicinity of York was formed, followed in 1826 by the Manchester Association for the Preservation of Ancient Footpaths. These pioneering organisations aimed at securing convenient rural walking routes for ordinary city workers were the first to try to preserve the natural landscape for human use.

As walking became more established, specialist publications appeared, like Hugh MacDonald’s Rambles Round Glasgow (1854), detailing walks beyond the city, with history notes and comments on the local flora. Early walking groups attracted members from diverse social and occupational backgrounds. Much could be learned by exploring the landscape on foot and many textile workers and artisans became self-educated through their rambles, growing highly knowledgeable about geology and botany.
Wider enjoyment of the countryside advanced when expanding Victorian railway networks brought improved travel facilities to all but the very poor. At length some long-distance railway lines catered chiefly for walkers, while shorter routes meant that Londoners and suburban residents could enjoy a full day out, for example in the South Downs, visiting the local sites that we still appreciate today. The Bank Holiday Act of 1871 gave more working people increased leisure time, encouraging many to leave the confines of the city for the open spaces beyond.

Energetic walking provided invigorating physical exercise and mental liberation from the routine of work and domestic life, as well as offering the potential for intellectual and social elevation. Typically there was a sense of seriousness and sobriety about walking, encouraged by church and temperance groups who often formed their own walking clubs. Wholesome expeditions into the countryside implied a rejection of the more vulgar kinds of urban entertainment, especially rowdy music halls and taverns. Ramblers generally prided themselves on their intelligent interest in the world and, unleashed from everyday trappings to roam freely, valued their independence of thought. Many walking club members were firm believers in democracy and social progress, some becoming prominent politicians and walkers’ rights activists.

‘The Right to Roam’

The history of popular rambling in Britain is part of the wider story of social conflict, as the rural elite and ordinary working people battled over property ownership and use. As generations of land-owning aristocrats, rural gentry, their estate managers and gamekeepers used lethal traps, shotguns and threatening notices to deter urban dwellers from entering their pastures and woods, walkers hoping to enjoy time-honoured rights of way through the countryside took on the Establishment.

Ever since the 18th century successive Parliamentary Acts of Enclosure had carved up more of the land on which rural communities traditionally survived. Areas once deemed common land were requisitioned by great estate owners, fuelling disputes about country people’s rights of way and their right to trap small animals and gather berries, nuts and wood – essential resources. Fences, hedges and stone walls marked new boundaries, forming physical barriers, a restricting process that also reflected new agricultural practises. Just when urban populations were escalating, many ancient footpaths criss-crossing the landscape were being closed, limiting townspeople’s access to the open countryside.

As already noted, several northern towns formed early footpath preservation societies during the 1820s, and in 1833 a Select Committee on Public Walks was formed. Yet heated debates and confrontations between Victorian and Edwardian walkers and the authorities continued. Rural landlords seemed determined to keep ‘trespassers’ off their property, while farmers feared damage to their crops. Even public works like municipal water boards, convinced that that ramblers would pollute their reservoirs with infectious diseases, restricted access to surrounding areas. With land ownership and rights of way continually contested, ‘Trespassers will be prosecuted’ signs were common throughout Britain, well into the 20th century.

Following the First World War rambling advanced, becoming a nationwide movement. A new, modern cult of health and fitness and growing appetite for physical exercise and fresh country air fuelled unprecedented interest in the outdoors. In 1931 the establishment of the National Council of Ramblers’ Federations brought together members from walking groups up and down the country. In 1932 there occurred a major clash between walkers and landowners – the Mass Trespass of Kinder Scout moorland, situated at the start of the 272-mile Pennine Way. Considered one of the most successful acts of wilful civil disobedience in British history, the deliberate ‘trespass’ of hundreds of ramblers and Young Communist League members represented a pivotal moment in the long battle over access to traditional footpaths. The aftermath of the conflict brought widespread support for walkers, even greater interest in the open countryside and was instrumental in the establishment of Britain’s national parks.

Public concern over our beautiful Sussex downland environment was mounting by the 1920s, a decade when the government also first began to consider nationalising swathes of land, to allocate free spaces for communal use. Finally, in 1949 the National Parks and Access to the Countryside Act was passed, creating a legal blueprint for future parks and ensuring ease of access from the main population centres. We in Brighton & Hove can feel very fortunate to be living adjacent to England’s newest national park, the South Downs National Park covering 628 square miles and fully operational from April 2011. As our unusual English summer continues, carry on rambling!